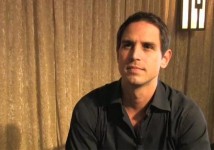 HOLLYWOOD, Calif — With many more entertainment choices for consumers, television producers have to work harder to keep up, the noted TV showrunner Greg Berlanti told Beet.TV at the NATPE LA TV Fest.

He’s the creative force behind “Everwood,” which ran on The WB earlier this decade, and he’s been the executive producer for “Dirty Sexy Money” and “Brothers and Sisters.”  He keynoted the NATPE LA TV Fest and also talked to Beet.TV about changes in the TV business for creators.

“The production year used to be nine months, now it’s 11 months. You are always in prep or in post and trying to make the product equivalent to what people can go out and see or watch on other channels in terms of movies or video games,” he said. “There are lot more opportunities for viewers so you are working harder and longer to make stories better and shows look better.”