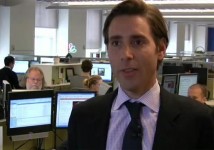 Separately, we have learned that the Huffington Post is expanding its local strategy.  Having established its first local site in Chicago, its New York site will launch in June.

NBC rolled out new sites for its 10-owned stations starting last fall and now will give all those sites an additional face lift in the coming months to add social media features, improve Web distribution and make them more community-focused.

The New York NBC site is up, but is still in beta.

For its New York effort, NBC is teaming with New York magazine and other content partners.

Since the initial site revamp in the fall, NBC has more than tripled the traffic to its locally owned sites, said Brian Buchwald, senior VP of local integrated media at NBC.

“With our Web brand, which we call locals only, it’s about micro-targeting a select group we call ‘social capitalists,’” Buchwald explained. That audience likes to dine out, be involved in their city and consume media, primarily online, he said.

To sustain its hyper local strategy of “city Web sites,” NBC relies on its stations, content from partners like Politico and a freelance network of 60 writers and video journalists.

The media company is focusing its ad efforts for the sites on brand marketers. Buchwald said by managing the sites internally rather than relying on a third party, NBC has reduced the cost to manage the sites by 20% to 40%.

The new approach is a necessity give the overall contraction in the TV station business, with the Web being the one bright spot. Local media research firm Borrell Associates said TV stations generated $1 billion in ad revenue on their Web sites last year. That number should rise to $1.3 billion this year, representing a 26% jump.

“You have to fish where the fish are and to reach a younger audience and people engaged in their cities to have a web site that reaches them makes good business sense,” Buchwald said.

NBC Local is Gearing Up with New Staffers

NBC has been hiring staff and local editors from the Associated Press Washington Post, Miami Herald and Valleywag, according to Gregory Gittrich, editor-in-chief of the new network.  He is also in this video interview. Gregg came to NBC from The Daily News where he was Deputy Managing Editor.

More on the Local Media Trend

Read this report by David Kaplan at paidContent.

You can find my posts for Beet.TV up on the Huffington Post.