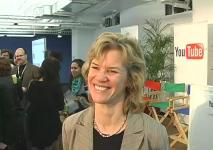 SeeqPod, the search engine that crawls the web for "playable search results" like music–including pirated files–is under fire from the record companies again.

Camille Rickets at VentureBeat reports that EMI and Capitol Records are seeking billions of dollars in damages from not only SeeqPod, but individuals in the company including CEO Kasian Franks. The Warner Music Group first filed suit against the company in January.

We think SeeqPod has an innovative approach to search, so we're happy to read that they have a chance to come out ahead. Rickets writes:

"But the only readily-obvious difference between SeeqPod and search
giants Google, Ask and Yahoo is that the results it yields are more
relevant, and a music player is provided. SeeqPod is quick to point out
that a Google search for U2 would provide playable files as well. And
in it’s favor, the music its users access is only playable on the site,
not downloaded directly to their systems for free like it might be
through other sites. On top of that, conclusions reached in talks with
Warner suggest that SeeqPod is not breaking the law. Foremost, that
engines like Google and Yahoo are protected in this respect under the
Digital Millennium Copyright Act (DMCA)."

Marshall Kirkpatric at ReadWriteWeb accurately predicted SeeqPod would incite legal action from record companies when it introduced its Windows mobile application in December; you can read our previous post about it here.

Andy interviewed Kasian Franks about SeeqPod at OnHollywood last year, and I republished the interview today. In the segment, Franks says the company's focus is broader than music. "It's not just music, music represents less than five percent of our search index. We specialize in playable search results. That's our mantra," he says. If the record companies win their suits, the company will be forced to find out whether the other "playable search results" are enough to sustain it.