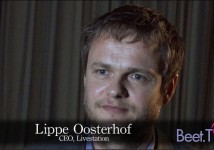 As broadband consumption moves increasingly to mobile devices, the speed of wireless networks is becoming crucial and many carriers are increasing speeds, accouding to Akamai's just released report "The State of the Internet."

Report finds that nearly all carriers, (95 of 109) have increased connectivity and 19 of the world's carriers now provide speeds of 2 MBPS or above.  The fastest mobile connection is in Slovakia where the connection speed by one provider clocked in with an average of 20 MBPS and peak at 36.

In the Americas, Canada surpasses the U.S. with an average connection speed about four times faster. Peak connection speeds in Canada can be as fast as 13 MBPS while in the U.S. top speeds don't exceed 3.0 MBPS.

Mobile connections in Puerto Rico can be as fast as 9 MBPS.

For wired, broadband connections, South Korea continues to hold a wide lead over the rest of the world with an average connection of 16.6 MBPS with peak connections at 38.  Japan had most of the 100 "fastested connected cities." The average in the U.S. is 4.6 with peaks at 16.4.   The state with the fasted connections is Delaware, according to the Akamai study.

The most poorly connected nation in the world is Cuba.  With virtually no broadband, 95% of Net connections are made as speeds below 256 KBPS.

We caught up recently with the new Akamai president David Kenny recently for this interview.