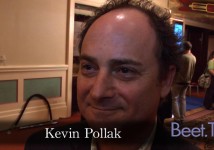 PARIS — Last year, the Web sites of The New York Times and the Times-owned International Herald Tribune were combined to become the Global Edition of the Times.

Today, the home page of the integrated site registers some 800,000 daily page views, according to Denise Warren, General Manager of the NYTimes.com, in a statement to Beet.TV

Warren says that the readership for the Global Edition has jumped four-fold since its launch.

She says, "The launch of the Global Edition has been a huge success with readers (and advertisers), expanding the previous audience of the IHT.com dramatically."

Worldwide, The New York Times garnered some 45 million unique monthly visitors in July, according to comScore. Before the site integration, the IHT.com has over 6 million monthly uniques.

While the Web sites have been integrated, the print versions of both papers remain separate.

Earlier this month, we visited the Paris headquarters of the International Herald Tribune for a talk with Alison Smale, Executive Editor.  She gives an overview of the evolution of the paper since its beginning 125 years ago in Paris, to its current readership, consumption of the paper via digital media  devices and the recent integration with the Times site.