Why Cisco “Flips” for Consumer Electronics 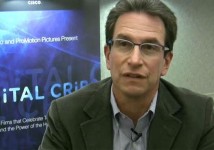 SAN JOSE — To mine the growing opportunity in consumer technology, Cisco is expanding its presence in the consumer market and moving more aggressively beyond its business-to-business roots, the company told Beet.TV during an interview at Cisco headquarters.

“A lot of innovation happens at the consumer level and then moves up,” said Ken Wirt, VP of consumer marketing.

Laptops and Smartphones, as examples, have gained momentum with consumers and then moved into the enterprise market. That’s why Cisco began its expansion into the consumer market six years ago with the acquisition of Linksys, followed by the purchase of Scientific-Atlanta. Most recently, Cisco acquired Pure Digital Technologies, the makers of the super-popular Flip Mino video camera device, used by video bloggers and corporate clients alike.

Cisco’s approach to the consumer market is useful for other companies that are interested in growing their businesses. (And who isn’t, especially during a recession!) Consumers are becoming the all-important litmus test. Wirt explained that the service provider market of telcos, cable companies and satellite operators aren’t buying the latest gear unless they understand how it works for a consumer and whether it benefits a consumer.

That’s a smart strategy because the digital media revolution is teaching us that the consumer is in control. Consumer behavior is dictating the decisions and the profit and loss statements at virtually all media companies. TV networks shifted to online distribution because consumers wanted anytime access to shows. Similarly, newspapers have shuttered operations because consumers increasingly are turning away from print and to the Web for news.

A consumer-first strategy makes sense for a media-centric company.

Check out Daisy's posts for Beet.TV on the Huffington Post

By Daisy Whitney on May 13, 2009 @daisywhitney
Tweets by Beet_TV