GRP’s to Be Main Currency for Online Video , Forrester’s Glantz 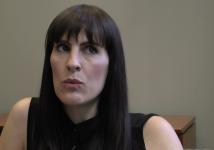 Despite the plethora of digital video data available, the familiar and oft-used TV ratings system of GRPs will remain the dominant currency for TV and online video for now, but soon marketers will start to weave in new data sets and metrics. That's the conclusion of a just-released report from research firm Forrester Research, shared with Beet.TV

Even with the growth in digital video, marketers in the U.S. will spend more than $82 billion on TV ads this year, up from $76.6 billion last year, Forrester says in its new report. That's why GRPs will remain important, but they won't be enough given that about three-quarters of TV viewers multitask while watching TV shows, and many of them are engaged with social media while watching. As such, GRPs don't provide enough insight into digital behaviors and specific habits, and will eventually diminish in use over time, Forrester says. "GRPs are unlikely to be replaced by a new currency for TV and digital video buying any time soon. Rather, Forrester believes the widespread use of the GRP as the standard trading unit for TV and digital video will persist but play a diminished role," the report says.

Media planning will be augmented by set-top box data, digital data, third-party behavioral data, social media metrics, marketer databases and also by GRPs. To that info, marketers will also likely add performance measurement such as social reach, purchase intent, ROI, tune-in and other data. Already, some marketers are tapping into new measurement tools from companies like Bluefin Labs, Kantar and Rentrak to dig deeper into their TV buys, while vendors like Experian, Simulmedia and MRI are also offering additional layers of insight, Forrester says. In light of these changes, Forrester predicts agencies will become more sophisticated in using their own tools and marketers will also layer in new types of data into existing TV metrics to gain a deeper understanding of the effectiveness of TV buys.

Glantz will be a participant in Beet.TV's Leadership Summit next week in Chicago.

By Daisy Whitney on September 17, 2012 @daisywhitney