The AP’s Success on YouTube: It’s All About the Breaking News 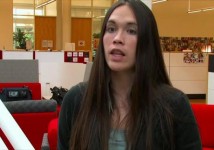 WASHINGTON, DC —  The Associated Press has found considerable traction on YouTube, with some 650 million video views registered since the channel launched in 2006.

According to Kevin Roach, who heads broadcast news operations in the United Stated, this success comes down to the basics: publishing breaking news which is “in our DNA.”

We spoke with Roach at the AP’s Washington bureau yesterday.

Much more from Kevin this morning where he will be a participant in the Beet.TV Online Video Summit live from the Washington Post.