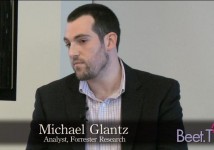 Nearly thirty percent of U.S. consumers of scripted television content are watching programming both online and on TV, as viewers are becoming increasingly platform “agnostic,” according to a study by comScore which has been made available to Beet.TV

comScore calls this emerging group “Cross Platform Viewers.” The demographic with the most in this group is the 35-49 year age range at 32 percent, with the 25-34 bracket second at 30 percent.

The study found that the overwhelming reason viewers watch online is that they missed an episode on TV, at 71 percent, while 57 percent online viewing happens out “convenience” and 38 percent say they prefer fewer ads when watching online.  Just 7 percent say they watch online since they don’t subscribe to cable or don’t have a TV.

Of the self-described cross platform viewers, discovery of new shows registered most from TV advertising (59 percent), recommendations registered at 44 percent; while online sites (28 percent) and social networking sites (21 percent) drive discovery for them.

For an overview of emergence of this group of  television consumers, I spoke with Tania Yuki, product manager at comScore for video and author of the report.

We met last month in New York at the VideoNuze event at the Hudson Theater.

The study included a base of 1,717 respondents in the United States.  Included were 534 who watched video both online and on television. LONDON  –  After years of promise, the theory of customizing TV ads for different targeting criteria and different creative imperatives is finally becoming a reality. To take the benefits of addressable TV advertising to a wider set of brands, WPP’s GroupM has partnered with its sister agency Hogarth Worldwide to create what it is calling […]