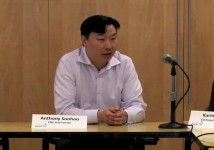 SAN FRANCISCO – Networks including CBS are considering moving toward a full ad load online, in a move that could potentially usher significant dollars into online video, but also turn off users who are accustomed to seeing only a handful of ads on Web TV.

“If it is just about video, users have been trained and have accepted that the TV ad load does work and it is a great way to monetize.”

Plus, C3 ratings from Nielsen are demonstrating that viewers are watching TV and commercials in their shows on their DVRs. C3 ratings measure commercial ratings plus three days of DVR playback and they will soon be able to include online viewership, said Karin Gilford, senior VP of Fancast, a unit of Comcast.

By Daisy Whitney on March 3, 2010 @daisywhitney
Tweets by Beet_TV