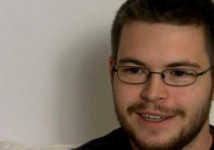 The company has 250 servers in four locations in the United States and a fifth planned for the U.K.

The company continues to use Akamiai to host its static pages and as an overflow service for its videos if needed, but Justin's video serving has mostly migrated in-house.

Evan says the company has created a proprietary system that can accommodate as many as 1 million concurrent streams.

Of the site's 35 million users, about 70 percent are outside of the United States.

At any given time, there are 1,800 live channels on the site with somewhere around 250,000 concurrent viewers.

Evan says that the live video network ingests more video per minute than YouTube, about 30 hours of content per minute.

This is the second of two interviews with Evan.  Our previous interview was about the company's new pay-per-view service.