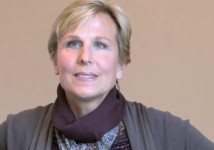 While the December introduction had been widely anticipated and was announced last week, the scale of the offering has not been widely discussed.

Comcast will offer subscribers of the double play service, meaning those with both television and Internet, cable programming from 24 networks on their computers at no additional cost.

While there is just a handful of premium cable networks in the Comcast program, we expect several will join in next year.  The 24 channels is reminiscent the early days of cable television.

With the anticipated Comcast acquistion of NBC Universal, it may well be that NBC and its several cable properties will be a big player in this profound development in media convergence.

Daisy Whitney:  To start off, can you explain what does the term TV Everwhere mean?

Amy Banse: Great question. I think it means different things for different people. TV Everywhere is in fact an industry initiative, so whether or not it's cable or satellite distributor, it's an industry initative whereby distributers can allow their customers to access…to get authenticated on their sites, on their aggregated sites, and access their cable content on their sites. That's one piece of it. And then the second piece is to allow the same customers to access programming content on a programmer's site. So there's really two pieces of TV Everywhere and it's pretty much as simple as that.

Daisy Whitney:  Can you tell us a little bit about the roll out, the limitations, where it stands?

Amy Banse:  Um, TV Everywhere is an ongoing process through the industry. Our expression, so to speak, of TV Everywhere is something we're calling On Demand Online or affectionately known at Comcast as ODOL. We will be actually introducing or launching ODOL to our subscriber base in December.

Daisy Whitney:  Across the entire 24 million…

Amy Banse:  It…yeah. We're in beta. Actually it's kind of like an alpha beta right now. We introduced it to about 5,000 customers in July, and then as I said, in December we will introduce the beta to the entire dual play base.

Daisy Whitney:  Now at Comcast Interactive Media you guys have acquired a number of companies: Fandango, Daily Candy. Can you talk to us broadly sort of about how you evaluate acquisitions and what your strategy is in that regard?

Amy Banse:  Sure. We really see ourselves as working in three buckets and have done so since Sims inception about four years ago. The first bucket is we've been interested in what we call consumer facing companies or products in the entertainment category, which is why we bought Fandango; it fit nicely in there. The second bucket is building cross platform tools and features, and we really view Fancast, which is a product we've developed completely in-house, as something that fits into that second bucket. And then the third bucket is acquiring companies that allow us to develop, have and develop the back-end to support buckets one and two, and that's why we acquired companies like Plaxo and the Platform.

Daisy Whitney:  Alright, so it's the bucket strategy!

Amy Banse:  Yes it's the three bucket strategy and it's working beautifully for us.