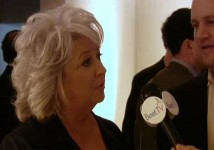 While this sounds like a positive development for the pioneering EQAL, it also marks something of change in course for the producers.  As Chris Albrecht at NewTeeVee reports, EQAL has put original programming on hold and is expanding existing television properties for now.

Here's the take on all of this by Tameka Kee at paidContent.