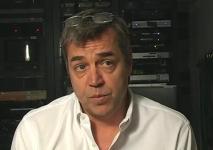 With news of a dramatic write-down and loss at News Corp, one academic says that the company's poor performance and reception on Wall Street can be laid at the feet of founder Rupert Murdoch who operates with "emotional bias."

This was most clearly demonstrated by his purchase of Dow Jones, parent of the the Wall Street Journal, says Syd Finkelstein, Professor of Management at the Tuck School of Business at Dartmouth.

He says part of the company's poor stock performance is due to investors' factoring in a "red flag discount to Rupert Murdoch."

More analysis on News Corp loss by Peter Kafka at AllThingsD. And here's big round-up on developments at News Corp in the Financial Times.

Update:  2/23:  The New York Times quotes Finkelstein today in a story about Murdoch and the newspaper acquisition strategy: Here's what he told the paper:

“Emotional biases and attachments play into our strategic decisions in
really significant ways,” said Sydney Finkelstein, a professor at the
Tuck School of Business at Dartmouth. “And with Rupert Murdoch, there’s
a general attachment to the newspaper business because that’s where he
got his start, and he really has a feel for it, and also an attachment
to the idea of owning The Wall Street Journal.”

Disclaimer:  The Tuck School of Business at Dartmouth is a client of Plesser Holland public relations.